Skip to content
10 Reasons To Visit The Cayman Islands

Caribbean islands are a favorite destination for both adventure lovers and vacationers looking to sit back and relax. 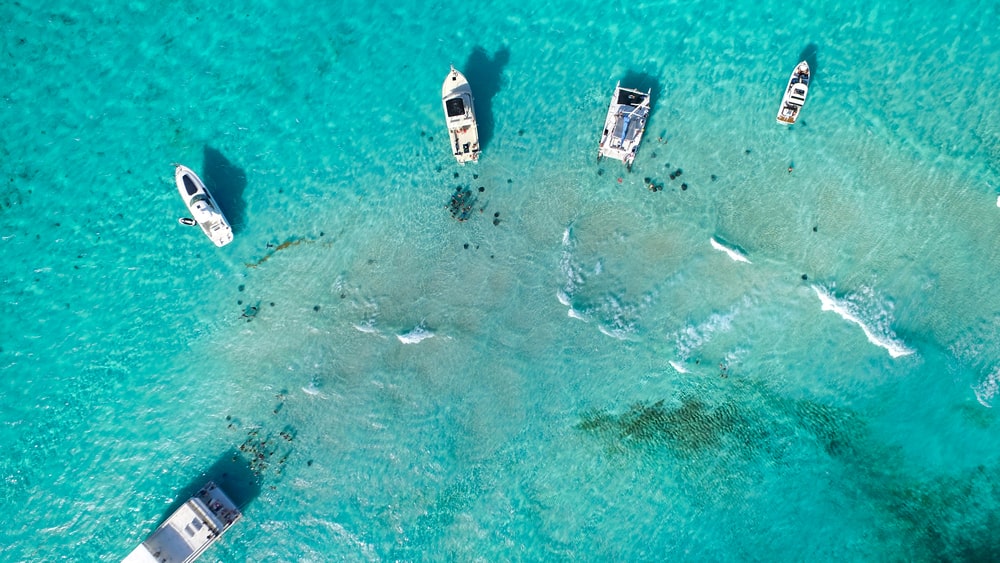 The Cayman Islands are a particularly alluring spot, and though there are hundreds of reasons to love this small group of islands, we’ve done the hard work of narrowing it down to just ten.

1. The many white sand beaches

It’s an idyllic scene: cool turquoise water gently lapping up onto expansive powdery, white sand. In the Cayman Islands, that scene is a reality; in fact, it occurs so abundantly that it’s nearly common. Beach lovers could scarcely conceive a better destination than the Cayman Islands.

Those looking for a classic Caribbean beach experience can visit Seven Mile Beach, a lauded stretch of sea-front on Grand Cayman that frequently ranks high on “best beaches” lists. Those interested in soaking up the sun, sand, and surf in a more rugged environment can sail or kayak from Little Cayman to Owen Island, an uninhabited island that boasts totally unspoiled scenery. 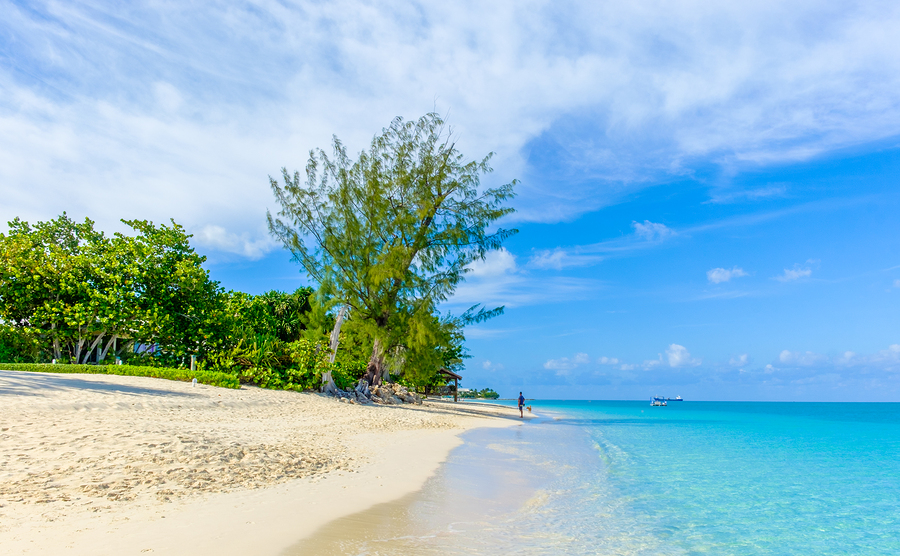 There are plenty of options for vacationers after beaches bustling with water sports, and those traveling with children, too. A cursory glance online, or a conversation with some in-the-know locals will steer travelers in the right direction. With dozens of beaches to choose from, at least one is bound to particularly suit every visitor.

2. They’re a quick trip away

At just 364 miles from Key West, the Cayman Islands are little more than a quick jump from the United States. Travelers can reach the islands in less than two hours from just about anywhere in Florida (quite a bit less than two hours from southern areas of the state), a short flight time considering passengers will find themselves in a whole other world when they disembark from the plane.

What’s more, taking a private plane may not be out of reach for many travelers since the Cayman Islands are a relatively nearby attraction. Those traveling in small groups may find a private plan to be especially within grasp for this destination, adding a sense of opulence to the excursion without a similarly grandiose price tag.

These islands strike a delicate balance between exotic flavor and close-to-home comfort.

It’s widely accepted that the Cayman Islands sat pretty much uninhabited until the 1600s. There’s no evidence of an indigenous population, so one can reasonably infer that the crop of pirates, castaways, and English military deserters that took up residence on the islands at the beginning of that century were the first to thoroughly explore them.

The islands became (and remain) a British Overseas Territory in the 1670s, though a formal colony wasn’t established until around 50 years later. Next, the British colonists had Africans transported to the islands as slaves; around 100 years later, slavery was abolished in the Cayman Islands, which is why so many locals share African and English descent.

This cultural milieu makes the Cayman Islands a vibrant, lively destination for travelers looking for a taste of island life. It also homes some of the kindest, most welcoming people in the Caribbean.

Though Grand Cayman is the most populous of the three Cayman Islands, Little Cayman and Cayman Brac are certainly not without their charms. Visitors will likely fly into Grand Cayman, where they can indulge in all of the sumptuous offerings of the main island, like an elevated shopping district featuring such brands as Tiffany and Versace.

For those pursuing a more laid-back experience, Cayman Brac won’t disappoint. A quick hop from Grand Cayman, Cayman Brac features a fabulous array of nature, including its namesake bluff. The island also exudes an overarching attitude that encourages visitors to slow down and breathe in the moment.

Adventurers drawn to the Caribbean for its natural splendor can’t miss Little Cayman. This little island is clamoring with indigenous wildlife and flora, and is noticeably lacking the bustle of the main island. The beauty of the three islands’ proximity is that island hopping from one to another won’t take more than half an hour. 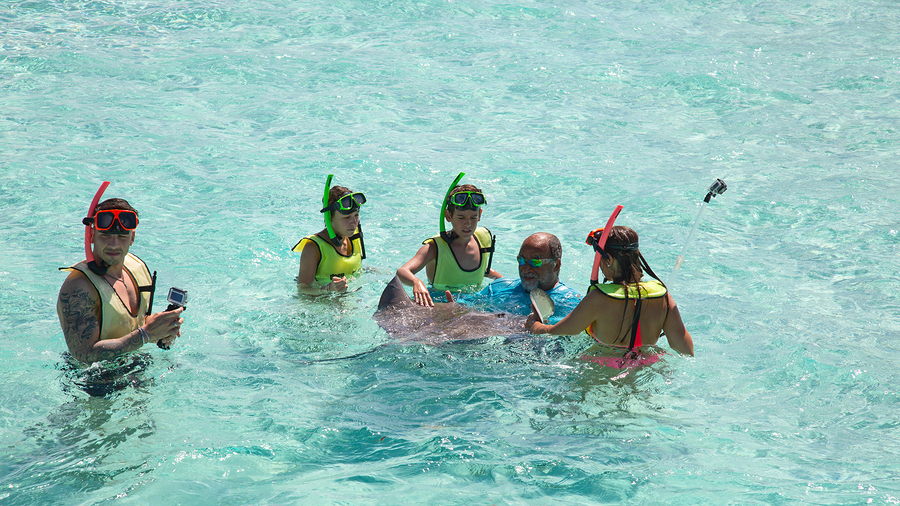 Like most destinations in the area, the Cayman Islands feature some of the most incredible underwater views in the world, thanks largely to the unusual clarity of the surrounding waters.

From historic shipwrecks that may have castaway some of the islands’ first inhabitants, to more recent installations like a sunken Russian warship, the Cayman Islands’ waters hold no shortage of history.

Aside from these man-made underwater attractions, the area is also teeming with colorful reefs, shocking drop offs, and natural tunnels for adventurers to view and explore, if they should so wish.

Though the underwater attractions are certainly a draw, there’s plenty to do on the surface as well. Watersports that don’t require submersion, like private boat charters, are a great way for non-swimmers to soak up the water’s beauty from a distance.

Back on land, each of the Cayman Islands offers its own particular brand of activities. Grand Cayman’s Turtle Centre gives visitors the opportunity to meet some of the world’s oldest creatures—sea turtles. The area also includes an aviary, and a lagoon where a resident crocodile surfaces for scheduled feedings.

Equally enticing attractions hide on the smaller islands, like limestone caves, shoreline bike rides, and tropical hiking trails. No matter what sort of excursion travelers are searching for, Grand Cayman is likely to offer some version of it.

There’s no fresher seafood than on an island like one of the Caymans. Caymanian cuisine is recognized as one of the best in the Caribbean, and leans heavily on seafood components, and is known especially for its use of the Conch, which can be served on its own or as the featured ingredient in salads and stews.

Because of the area’s mixed roots, the cuisine features both traditional African and  English influences. The food on these islands is anything but bland; it comes alive with spices like jerk and curry, tempered by calmer flavors of coconut and plantain.

Travelers should come to these islands with an open mind, willing to traverse beyond their culinary comfort zones, and the Caymans will not disappoint.

8. Blend of luxury and authenticity

We’ve mentioned before that each of the three Cayman Islands has a distinct personality all its own. One of the main draws on Grand Cayman is the Capital city, George Town, which features a robust shopping district and lots of modern luxuries. The duty-free shopping is especially tempting for vacationers who love to partake in high-class retail therapy. 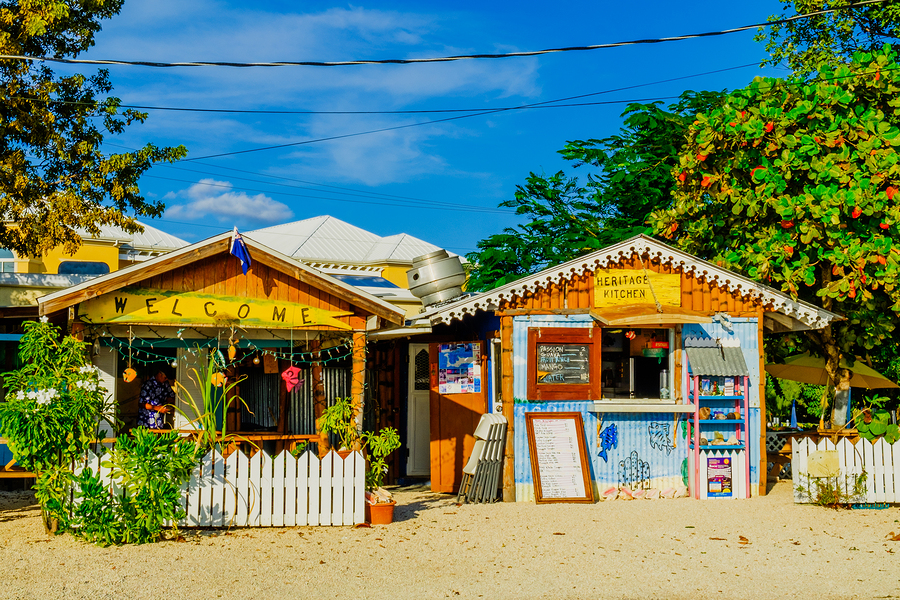 In the same breath as this elevated environment, though, it should be noted that Little Cayman comes with virtually no luxury amenities in a traditional sense of the word. This unspoiled paradise offers a truly natural view of the Cayman Islands.

From Gucci to golden skylines, these islands have high-class amenities, serene natural splendor, and everything in between.

It goes without saying that the Caribbean has some of the most desirable weather of any vacation destination, and the Cayman Islands are no exception.

During the winter months (the high season for the Cayman Islands), average temperatures rest somewhere in the neighborhood of 75 to 85 degrees Fahrenheit. The summer months are roughly ten degrees warmer, with averages in the range of 85 to 95 degrees.

Hurricane season lasts from June through November, and therefore holds some of the lowest hotel rates of the year. However, savvy vacationers can plan their trip for the spring months and take advantage of lower rates while bypassing the concern over extreme weather.

For travelers simply looking for a respite from the unending motion of their lives, the Cayman Islands will feel like nothing short of paradise.

From luxury beachfront resorts to secluded villas, the Caymans have an accommodation style that will allow every type of vacationer to unwind with some much needed rest and relaxation, whatever that looks like to them.

Whether visitors take solace in planting themselves in the sand, receiving spa treatments with the waves lapping outside, or traversing into nature to feel more grounded, the Cayman Islands’ varied activities mean that every personality type will find their own brand of peace there.

There are too many sparkling traits of the Cayman Islands to fit on a single list. Suffice it to say, this is a destination every worldly traveler ought to see for themself.